BROTHAZ BY CHOICE is a quartet of talented young men with a unique singing style ranging from a capella to a classy version of hip-hop. The group is made up of two biological brothers, Reggie “LaCrue” Moore and Jerry  Moore, and two close friends, Reggie  Williams and Melvin  Pryor. Their close working relationship as writers, arrangers and performers gives credence to the name “Brothaz By Choice.”

BBC has performed to rave reviews in their native Virginia. They  have been called upon to perform at groundbreaking ceremonies, charitable fundraisers and to perform the national anthem at the state professional baseball games.  The group is well known in the region’s nightclubs, having performed up and down the east coast, and  featured on local and national television.

BBC has worked with many notable music business legends. They performed as the opening act for the Delfonics, and have worked with producers Chris Jasper, formerly of the Isley Brothers and Isley-Jasper-Isley; Jim Salamone, producer of Levert; and Kenny Gamble of Philly International.

BBC’s first CD release entitled  Brotha 2 Brotha was produced by Chris Jasper for his Gold City Records label.  Highlights on the CD include “Daddy”…a heartfelt tribute by brothers Reggie and Jerry, which they wrote for their father upon his passing during the recording of this project; “And I Love Her”…an updated version of the popular Beatles tune featuring Chris Jasper; and  “Caravan of Love”…a remake of the Isley-Jasper-Isley classic. 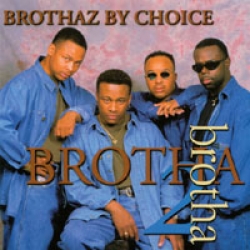 We can no longer sit back while people are dying and losing their souls.  Its time to put the Lord’s Word Out Front!

In the 1990s, the music industry invented a new category for gospel music called contemporary gospel.  This new style of spiritual music is being played on the radio, in nightclubs, and on boom boxes.  This message of salvation is getting across to a whole new market that was never before reached.  Such artists as Chris Jasper, the Winans, Take 6, Mary Mary, Yolanda Adams and Commission have paved the way for message filled music to be heard by the general public.  Out Front continues in this legacy of salvation.

Out Front is a contemporary gospel group based in Atlanta, Georgia.  Out Front is a self-contained trio of young man who write, produce, program, mix and perform their own music.  The three musical souls that comprise Out Front are Gaither Williams Jr., Don Manor Jr. and Keith Nixon.  The message of God’s Word–salvation, love and peace–is what ultimately brought these three together.

Gaither Williams Jr. is originally from East St. Louis, IL.  He is the lead vocalist, lyricist and musician for Out Front.  “I used to sing and write about things which are temporary.  Now I prefer to write about things that are eternal.”  Gaither’s eternal writing style has brought him honor and awards from such institutions as The Academy of the Performing Arts and the Midwest Music Awards.  His production skills and writing ability earned him praise from one of the hottest production duos in America–Jimmy Jam and Terry Lewis–who complimented Gaither by signing an artist he produced to their Perspective label.  Gaither has also performed extensively with many distinguished artists, including Foreigner, David Peaston and The Rance Allen Singers.

Don Manor Jr. is originally from Cincinnati, OH.  Don is the guitarist, bassist and a vocalist for Out Front.  Putting spiritual music “out front” is a priority for Don.  “I don’t care about categories that people may put us in.  I’m just concerned with putting the Lord’s Word out front.”  Don’s talent has led to performances with many notable artists, including Midnight Starr.

Keith Nixon–considered a master musician and accomplished midi programmer–shares the group’s concern with getting God’s Word out to the youth.  “I’m concerned that the youth should not be ashamed to praise the Lord and listen to our music.” Keith has successfully worked with such musical greats as James Cleveland and The Light of the World Mass Choir.

Out Front’s music is a blend of R&B, Jazz and Gospel.  This album attempts to break down the barriers between the secular and gospel markets in hopes of reaching the young and old, rich and poor, without compromising God’s Word.  Ranging from their up-tempo “He’s That Kind of Friend” to the beautiful ballad “Angel,”  Out Front has a style that everyone will enjoy. 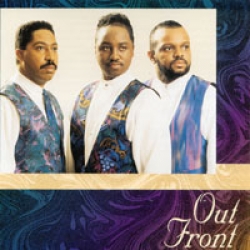 Liz Hogue was born and raised in Philadelphia, Pennsylvania.

Her jazzy R&B vocal style caught the ear of Chris Jasper and, in 1989, he signed Liz to his Gold City/CBS Associated label. 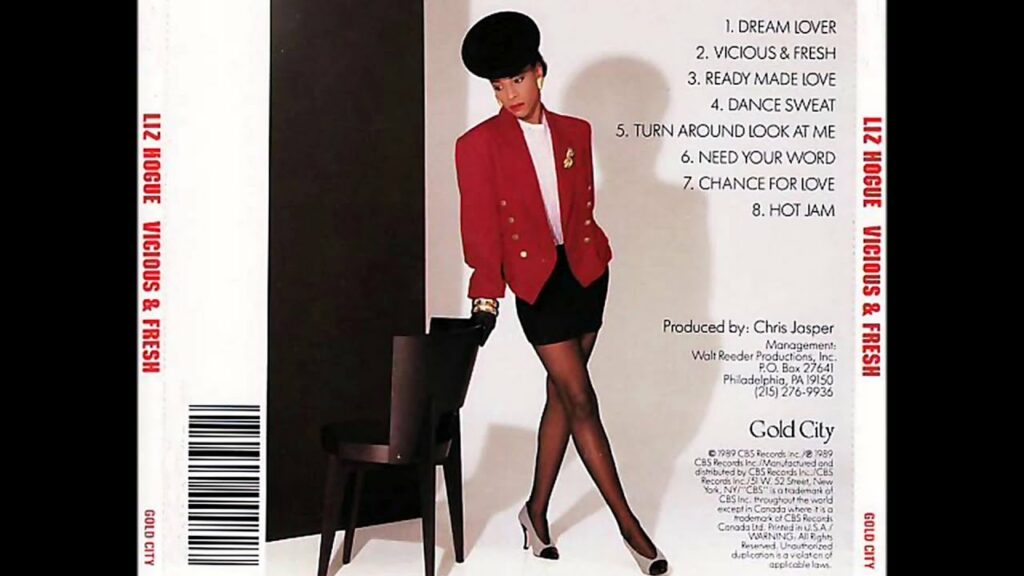 For all of your inquires related to purchases, music production services and more, please email us at: goldcitymusic@goldcitymusic.com